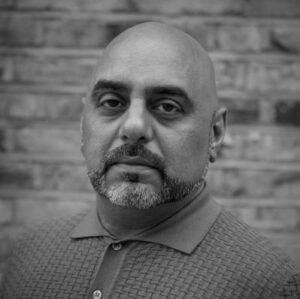 Judge for the Spring Prize Awards.

Asad Rehman is the Executive Director of the radical anti-poverty and social justice charity War on Want, that works to achieve a vision of a just world, through their mission to fight against the root causes of poverty, inequality and human rights violations.

Asad is a leading climate justice activist whose work has helped to reframe the climate crisis as a crisis of neoliberal capitalism, inequality and racism, and is co-coordinator of the Global Green New Deal Project.

Over the last 35 years he has worked with many social movements (both globally and nationally), including the anti-racist movement, the alter-globalisation movement, and the anti-war movement.