The Mulokot Foundation, based in Suriname in South America, is a Wayana Indigenous led organisation.

Suriname has been home to the Wayana people for hundreds of years. There are only 865 Wayana Indigenous living in Suriname, worldwide there are just 2500 Wayana Indigenous left, and they see themselves as guardians of the forest. A formerly nomadic people, the Wayana only recently settled in three main villages in Suriname: Kawemhakan, Apetina and Palumeu. The Wayana territory in Suriname counts around 24 thousand square kilometeres and is one of the regions with the highest biodiversity in the world and has many endemic species, with new species still being discovered.

The foundation is working toward transitioning away from slash and burn farming methods of agriculture towards more sustainable options which will allow the lands to restore and regenerate.

In order to end the use of slash and burn farming (which involves destroying forest), the Mulokot Foundation will provide training and tools to local Wayana to support the use of composting to revive existing plots.

A thriving agricultural programme will also reduce the need to fly vegetables and food into the territory, currently necessary due its remoteness. It will also provide an alternative to fishing, which is needed due to the poisoning of rivers by gold mining in the region. 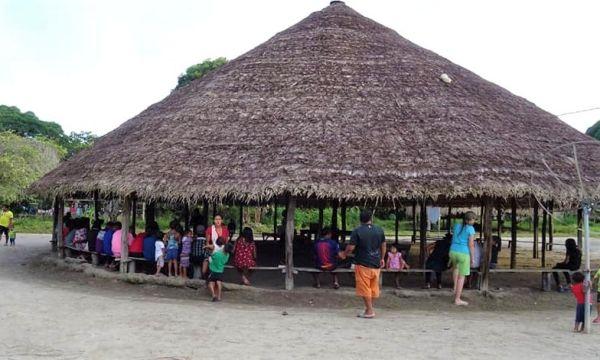