Ecosystem Restoration Camps (ERC) exist to regenerate our soils, souls and societies. Camps are built on or near land that is degraded, and ‘campers’ who seek to learn how to restore natural and agricultural ecosystems, economies and communities are welcomed.

Restoration techniques learnt are then shared with land owners surrounding the camps.

The ‘ERC’ idea arose in 2016 when ecosystem ambassador John D. Liu began discussing the concept. This galvanised people from around the world and resulted in the organisation’s launch in February 2017.

The first camp was set up in the Murcian region of Spain where people have been living and learning how to restore the land around them since June 2017. This camp is now in its second phase: having built soil carbon and soil organic matter content, retained water and increased biodiversity, it is now creating an agroforestry system using plants that are commonly used in the region.

The system was designed to inspire other local landowners to think about how they can still farm the same crops but in more regenerative ways.

A second camp is about to open in Mexico, and there are plans for camps in California, the Netherlands, Australia and Brazil. The Foundation also organises Re-Generation Festivals, where mass land-restoration activities are run alongside performances from world class musicians, theatre makers and artists. 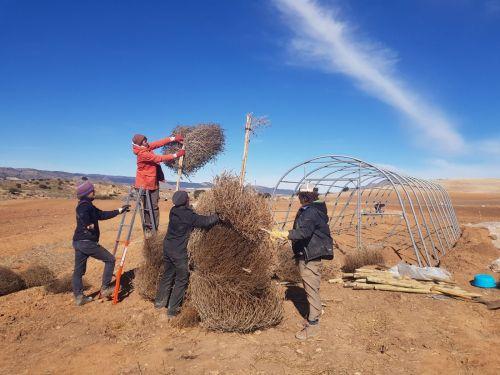