Eleven projects from Brazil to Zimbabwe received, between them, a total of £200,000 to support their work on environmental and social regeneration.

The winners demonstrate the variety of approaches that can be taken to create a more regenerative society: from restoring degraded landscapes to creating platforms that give a voice to marginalised communities.

Established Project Awards (£25,000 each) went to two organisations considered to be beacons of regeneration that have withstood the test of time:
Sustainable Agriculture Tanzania
The Timbaktu Collective (India)

The Influence Award (£25,000) went to La Via Campesina, for their lobbying and campaign work that is trying to influence policy and public opinion in support of small scale agro-ecological farmers around the world.

The winners received their awards during a two-day event at Emerson College in East Sussex. Emerson College is surrounded by organic farms and demonstrates the regenerative practices embedded in parts of the English rural economy. 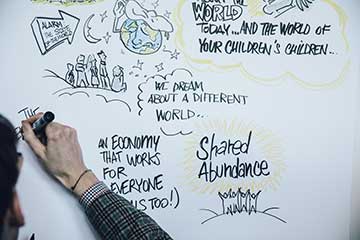