Our judges are from a wide spectrum of movements representing regenerative design, permaculture, food sovereignty, transition, biomimicry and eco-village networks. We have also aimed for a gender mix, and representatives from around the world.

Each year a ‘Lush Customer Judge’ and ‘Lush Staff Judge’ are also selected to act as additional independent members of the judging panel. 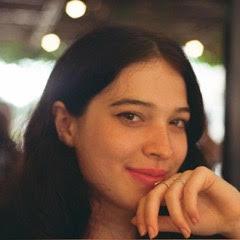 LUSH staff judge  Alysha has worked for Lush For the past four yearsf, and is currently the Training and Events Coordinator at Lush London City.

Alysha’s work for the company is aided by her passion for Lush’s ethics and values.

Alysha studied for a degree in International Relations and Sociology, specializing in a postcolonial understanding of current conflicts and international issues.

Putting this knowledge into practice, she worked with the British Red Cross to create a report that explored the barriers to women’s representation as volunteers in West and Central Africa.

I applied to be a judge of the Lush Spring Prize because, after so many years educating staff and the public on the shop floor about the ethical ethos of Lush, I wanted to see behind the scenes. I wanted to get involved in recognizing the work of groups that are working so hard to make change in the world. 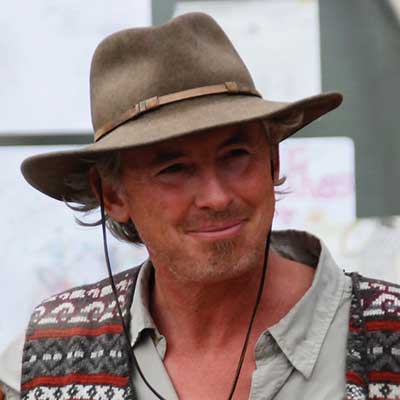 He has worked for over 25 years in education and regenerative systems design for communities, private and public organisations, households, farms, and conservation properties worldwide.

He is a part of USAID’s TOPS (Technical, Operations, Performance Support) program where he trains technical field staff, for their African Food for Peace programs, in a Resilience Design Framework.

I am honored to be a part of the team of people who will help determine how the LUSH SPRING PRIZES will be allotted to those people, businesses and organizations who are innovating to create a more equitable world. 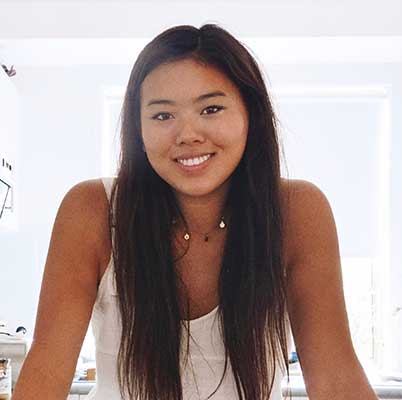 She was able to heal her own inner wounds through food and has since been inspired and empowered by local food movements around the world. She’s shared her conscious living journey online since high school and has found a voice on her Instagram platform of 24,000+ people.

Elizabeth will graduate from Cornell University in May 2019 with a major in International Agriculture & Rural Development and minors in Community Food Systems and Education. For her junior year of college, she spent a year travelling and learning about different approaches to sustainable living, studying green cities in Freiburg, Germany and alternative living in Byron Bay, Australia.

She received her Permaculture Design Certificate from Finca Tierra in Costa Rica and Permaculture Due Diligence from Rancho Mastatal.

I applied to be the customer judge of the Lush Spring Prize because I wanted to be part of an incredible project and group of people doing the work to heal our broken world. 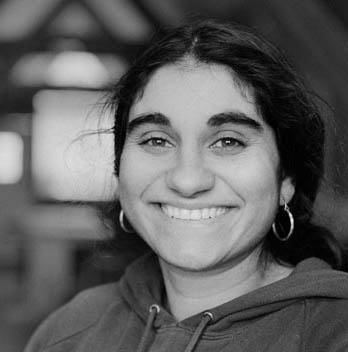 Jyoti Fernandes is an agroecological smallholder farmer based in Dorset, UK.

The farm is part of a local smallholders cooperative that shares collective processing facilities and markets the products of the members’ smallholdings collectively.

She is a member of the Landworkers’ Alliance in the UK and is on the coordinating committee for the European Coordination of Via Campesina.

Her work with La Via Campesina includes being a part of a facilitation committee to enable civil society to engage with the work of the Food and Agriculture Organisation, and to promote Agroecology Training Networks to support grassroots farmers organisations to develop and create training networks about regenerative farming methods. 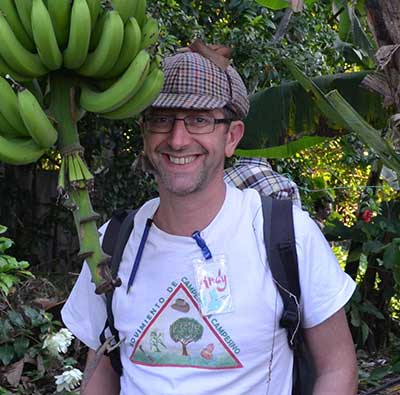 Andy Goldring is the Chief Executive of the Permaculture Association, the UK charity supporting people to learn about and use permaculture.

Andy lives in Yorkshire and is an active teacher and designer in the Leeds Permaculture Network and a member of Feed Leeds.

He advises both urban and rural projects and is currently working on a series of international network building projects:

He cycles to work, has a small garden and has nearly finished retrofitting his Victorian terraced house. 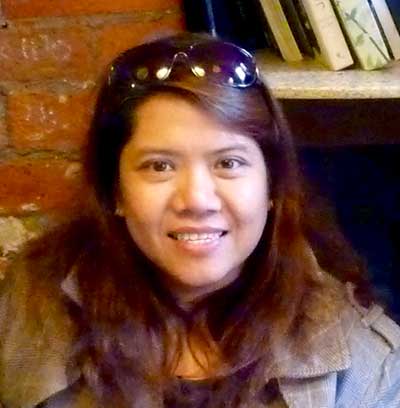 Dorothy Guerrero is an internationalist with almost 30 years of experience in social movements and development work as an organiser, researcher/analyst, educator, and campaigner.

She works on and writes about climate change and energy issues, impacts of globalised trade and investments on people’s livelihoods in Asia, China‘s new role in the global political economy and other economic justice concerns.

Originally from the Philippines, she has worked in the local, regional and international levels and has lived in The Netherlands, Germany, Thailand and South Africa.

She is currently working as Policy Manager with the organisation Global Justice Now in London.

She previously worked with ​the ​Asian regional organisation Focus on the Global South.

It is a huge privilege to be a part of an effort that supports projects, which contributes to social and economic justice and ecological protection. 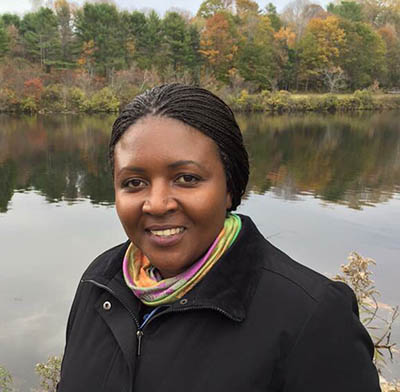 Precious Phiri, from Regeneration International, is a training and development specialist in regenerative agriculture issues, an educator of Holistic management and a seasoned community organizer from Zimbabwe.

She recently founded an organization and network – EarthWisdom – where she continues to inspire change.

As a judge panelist for the LUSH Spring Prize Award, Precious brings her vast experience in regenerative agriculture in practice, programming, community education and mobilizing.

She is also a steering committee member and African Coordinator for Regeneration International. Her work currently focuses on training, network and awareness building on regenerative agriculture and its role in rejuvenating soils, reversing climate change, rebuilding communities and replenishing the fast dilapidating wealth of society values.

The Spring Prize is a springboard for a tribe of regenerators, a worthy cause for a worthy case. Thank you LUSH 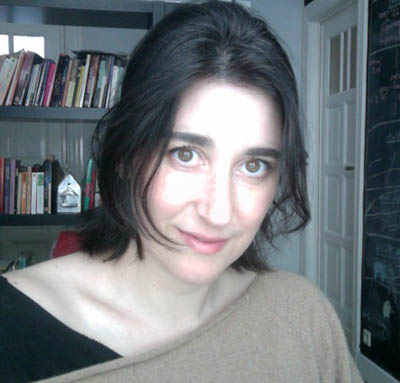 Filipa works for Transition Network, the small charity which aims to inspire, encourage, connect, support and train communities world-wide as they self-organise around the Transition model.

She is a Portuguese forest scientist by training. After 10 years working in EU Institutions and organisations related to sustainable development, she quit her job to dedicate herself fully to the Transition Movement.

Filipa is International Coordinator of the Transition National Hubs, exploring with people all over the world how to develop the social infrastructure, collaborative culture and new forms of leadership capable of supporting a distributed movement for social change. She also acts as a bridge between Transition Network and the EU (and other Brussels-based organisations).

She is co-founder of a Transition Initiative in Portalegre, Portugal and initiator of AJUDADA, an experimental community empowerment international event, under the theme of gift economy.

I feel excited and interested to join the Lush Spring Prize judging panel, seeing this as an opportunity to contribute in a different way to the systemic change many of us are  dreaming of. 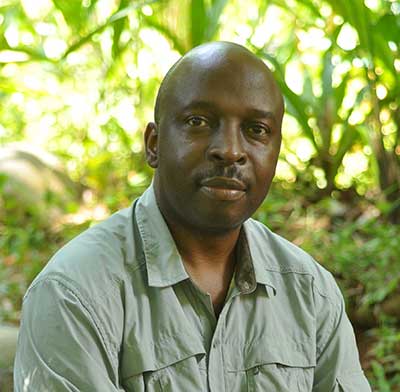 He fuses his training in civil engineering (BSc Eng. Honours), business (MBA) and biomimicry (MSc Biomimicry) towards creation of a sustainable and regenerative planet; where there is enough for all forever.

A visual story teller and rapid ideator, he uses his diverse skills to abstract strategies from nature to inspire, teach and create solutions to human challenges.

He co-developed the Biominga Innovation Model based on strategies that nature has continuously tested and refined over the past 3.8 billion years.

Pandora Thomas is a passionate global citizen who works as a caregiver, teacher, writer, designer and speaker. Her work emphasises the benefits of applying ecological principles to social design.

Her most recent projects include co-founding the Black Permaculture Network; working for 6 years with Toyota on the Toyota Green Initiative; co-designing, teaching with and directing Pathways to Resilience; and co-founding Women Designing Resilience, a re-entry program for women returning home from prison.

Pandora has lectured on topics ranging from diversity, social justice, youth and women’s leadership, social entrepreneurship and sustainability. She has taught groups all over the world as diverse as Iraqi and Indonesian youth, to prisoners in US jails. Her writing includes a children’s book, various curricula and a manual entitled “Shades of Green” for individuals wanting to teach green building to youth.

She has studied four languages and lived and worked in over twelve countries, featured in the films The Future of Energy and Inhabit, presented at Tedx Denver and SF, and been awarded internships and fellowships to Columbia University, Green For All, the Bronx Zoo and the Applied Research Center. 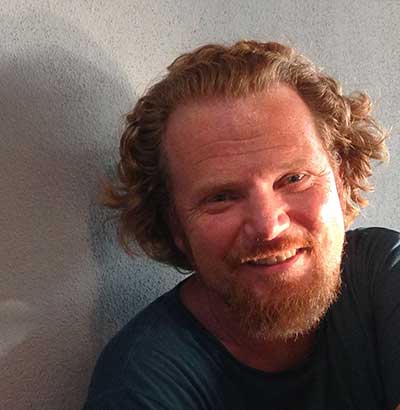 He holds degrees in biology, and holistic science, and his 2006 doctoral thesis (Univ. of Dundee) was on Design for Human and Planetary Health.

He was director of Findhorn College between 2007 and 2010, and is a member of the International Futures Forum since 2009 and Gaia Education since 2007.

He is a fellow of the RSA, a Findhorn Foundation Fellow, on the advisory council of the Ojai Foundation and the research group of the Global Ecovillage Network.

He is co-founder of Biomimicry Iberia (2012), and has been collaborating with ‘SmartUIB’ at the University of the Balearic Islands since 2014.

His recent book Designing Regenerative Cultures, published by Triarchy Press in the UK in May 2016, has already gained international acclaim.

I feel honoured to have been asked to join the jury of the LUSH Spring Prize. It is a timely and generous incentive to promote social and ecological regeneration around the world. 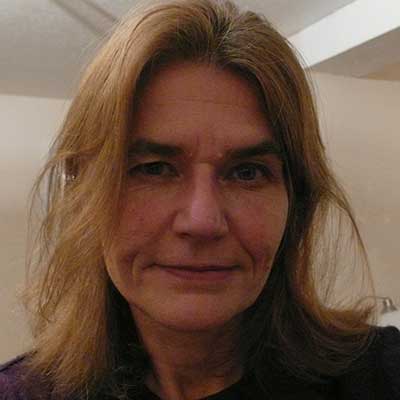 Julia Wright is Senior Research Fellow in Agroecological Futures, based at the Centre for Agroecology, Water and Resilience at Coventry University.

She has a background in international development, focusing for 3 decades on organic farming and food security and especially for vulnerable communities and regions.

Her doctoral research focused on the ecological transition of the food and farming sector in Cuba during their economic crisis of the 1990s.

She currently has PhD students working on peri-urban agriculture in Cuba, on farmer’s coping strategies to climate change in the UK, on arable permaculture in the UK, and on the potential for quantum agriculture.

Julia is also a trustee of the Biodynamic Agriculture Association and sits on the Permaculture Research Advisory Board.

“I am honoured to take part in the Spring prize, having already been impressed by Lush’s commitment to permaculture and agroecology, and more so by the careful thought that has gone into the design of these prizes and the real impact they will have on the successful projects and organisations. “