Khetee focuses on community development through regenerative agroforestry, with village farmers and women in the founder’s hometown of Durdih, India, where most members of the population are part of the scheduled or other low castes, with many falling below the poverty line.

The project was developed after noticing that many of the farmers in the area were struggling with volatile agricultural output, poor irrigation systems, and weakened soil. Several farmers in and around the village were not able to earn well and their productivity was mainly dependent on the monsoons. Its model farm is used for workshops to demonstrate the innovative and organic practices of farming, its advantages and effect on climate change.

Khetee has adopted the method of spreading words through local folklore, and the team has prepared an act to show the present agricultural crisis and how agroforestry can be a solution. Women in the team have created folk songs to best explain its work. 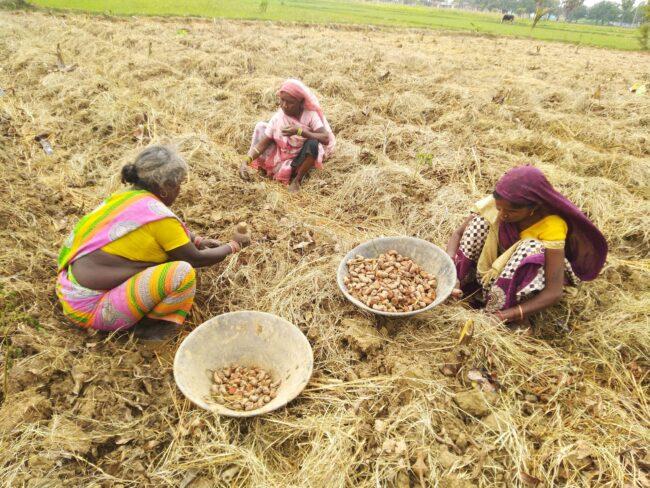