Because peatlands are the largest land-based carbon stores in the world, their degradation results in large amounts of carbon emissions (5% of global emissions caused by humans). But it is not just the carbon power that is so special about peatlands.

Youth-led collective RE-PEAT believe that peatlands should be a vital part of ecological and climate conversations. They also see that discussions about peatlands can create very novel viewpoints on other intersecting topics such as social justice, health, economics, language and history.

Their work, based across Europe, follows 3 major pathways: education, collaboration and re-imagination. Examples of how they do this include: developing a primary school education program to foster awareness from a young age, as a scalable pilot project starting in Ireland they hope to launch this in many more schools next year; collecting personal and artistic accounts of peatlands from across Europe in a EU Peat Anthology, prior to the Common Agricultural Policy decision by the EU Members of Parliament; hosting two 24hour global peat festivals that, combined, included over 80 online talks and sessions; creating a 10-part series of webinars focusing on UK peatlands to build momentum before COP26 and the WCSS22 in Glasgow.

Over the next 5 years they hope to build an international youth network for peatlands, push for bolder peatland policy, as well as work to amplify underrepresented voices. 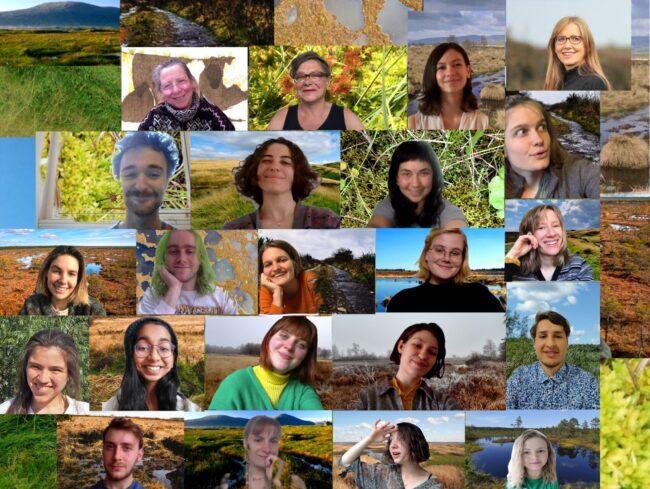