The size of Wales (2 million hectares) is often used to measure the rate of global deforestation. The charity was set up to turn the negative use of Wales’ size on its head, and encourage people across the nation to help protect an area of tropical forest the size of Wales, as part of the national response to climate change.

The charity recognises how consumption habits, food and farming systems are causing a climate and nature crisis and is supporting community action both in Wales and overseas to tackle the underlying structural problems.

Over the last three years, it has developed a campaign to make Wales a Deforestation Free Nation which calls on Government, public sector bodies, businesses and community groups to take action to eliminate imported deforestation from their supply chains. The charity is now a pivotal force for change in Wales and is influencing policy makers and the public to bring about action.

Size of Wales has also engaged with over 18,000 children in Wales to inspire climate action, run the award winning MockCOPs programme and supported the Youth Climate Ambassadors, a youth led climate activist group. They amplify the voice of Indigenous Peoples and youth, who are often excluded from climate discussions. 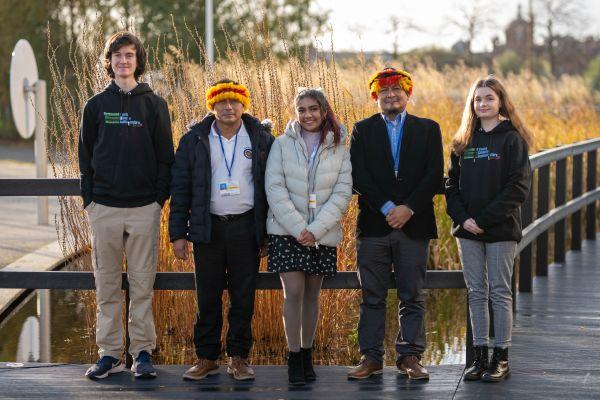