Fundo Abraço is a project in São Paulo, Brazil. It works in three neighbourhoods: Vila Anglo, Jaraguá and Luz.

The city of São Paulo is one of the largest and most unequal in the world. It suffers from a range of socio-environmental problems that especially affect low-income families. Vila Anglo is characterized as a “pocket of poverty” in the midst of more wealthy housing. Issues include unemployment, hunger, organised crime, and evictions because families are unable to pay bills and rent. The Jaraguá and Luz neighbourhoods similarly face problems, with significant unemployment and low incomes.

Fundo Abraço’s solidarity fund and wider work seeks to reduce the cost of living, inequality and improve food security for low-income families. It distributes equipment such as ‘Fogão de Caixa’, a heat-retention cooker, and solar cookers. These can reduce the use of cooking gas by up to 75% – saving money and fossil fuels.

Fundo Abraço’s work is solidarity-oriented, so it invites beneficiary families to contribute a fraction of the savings made with our equipment, so it can distribute more equipment free of charge and collectively share its benefits.

In the future, it aims to work with a wider range of technologies that can: 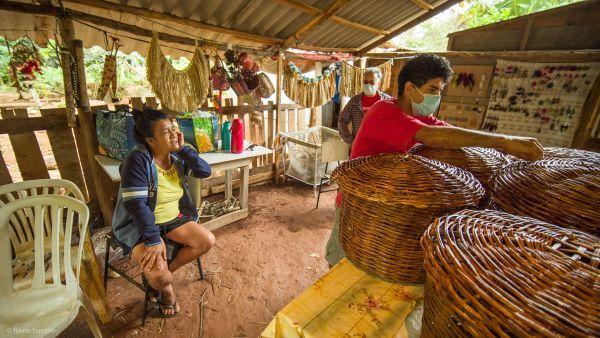