Musu Runakuna is a Resguardo of the Inga people, made up of 43 families and 170 people. Their first ancestral territory dates back to the 19th century in the department of Cauca.

Then in 2001, due to the forced displacement and massacres caused by the armed conflict, they settled in the municipality of Mocoa – Putumayo, which belongs to the Colombian Amazon.

In 2017 it was affected by the avalanche that destroyed a large part of Mocoa and was the only indigenous community to lose territory, homes and productive agricultural projects; since then it has been in a process of ancestral reconstruction based on permaculture; the defence of Mother Earth; the implementation of ancestral knowledge; and political, social and economic regeneration. The latter is understood as a process and a consequence of “thinking beautifully” and acting consciously and respectfully.

In order to make this commitment a reality, it is in the process of setting up the first Ancestral Environmental and Entrepreneurial Village; Returning to the Inga Origin to recreate the millenary lifestyle of their ancestors. The Village will be developed in phases, starting with the territorial and entrepreneurial components associated with the design of the planning, use, interconnection and administration of the environmental and spiritual territory as well as the constitution of the Ancestral, Tourist and Gastronomic Indigenous Centre of Colombia, with representation of the 115 indigenous peoples of the national territory.

Welcome always to Musu Runakuna, a territory where the ancestral word favours the revitalisation of the spirit and good living (vivir bien). 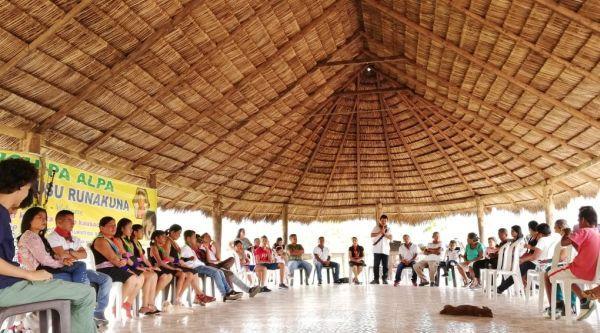